My Account
No products in the basket.
€0.00 Basket
Menu

Digestive Upset and Colic in Horses

Digestive upset caused by gastric (stomach) ulcers and colic are common in horses kept in intensive housed routines without continuous access to grass.  The global prevalence of equine gastric ulcer syndrome (EGUS) is estimated at 50-90% of horses in training.

The reported incidence of colic in different horse populations varies from 3.5 to 10.6 colic episodes per 100 horses per year. Among horse owners’ colic is one of the most feared clinical conditions, because it poorly understood and is associated with high mortality and high cost.

Both gastric ulcers and colic are almost a fact of life given the way horses are managed with intermittent access to feed and grass and intensive training associated with stress. While some management changes can be introduced to decrease the risk of ulcers and colic, such as feeding little and often and allowing adlib access to hay and/or grass, nevertheless the risk remains high. 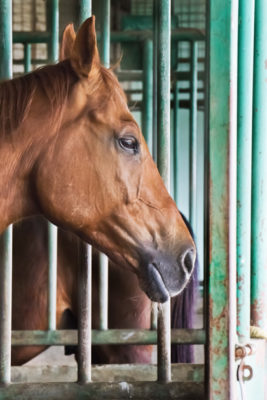 Colic is a word used to describe the symptoms that a horse experiencing abdominal pain displays. While the term colic is most often considered to be associated with the intestines, abdominal pain can also arise from the kidneys, the bladder, the reproductive organs and the liver. Veterinary attention should always be sought when a horse displays colic. Some colics are uncomplicated and resolve with pain relief and fasting others are potentially more serious and may require life-saving surgery. If a horse requires surgery for colic, the sooner the surgery is performed the greater the likelihood of a positive outcome. 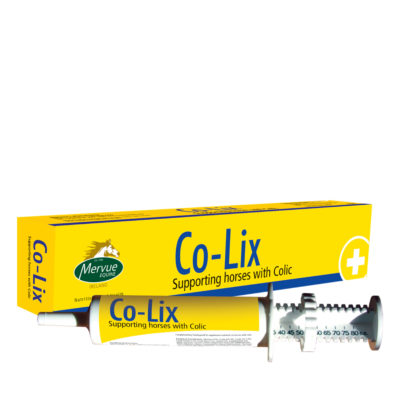 For horses with spasmodic colic, CO-LIX paste contains Cape aloes which have a laxative effect by increasing intestinal motility. Cape aloes have been used for many years for the treatment of constipation in humans.   CO-LIX also contains seaweed, a component of which, called lamarins act as a prebiotic and promote intestinal health and immunity. The threonine contained in CO-LIX is required to help with the synthesis of mucin a major component of mucous in the gastrointestinal mucosa. Vitamin E acts as an antioxidant that protects the gastrointestinal cells and the calcium and magnesium contained in CO-LIX address any deficiencies in these minerals that can arise in cases of colic.

CO-LIX is provided in a paste formulation and should only be administered to horses when a surgical cause or obstructive cause of colic such as a twisted gut have been ruled out. 80ml should be administered orally and can be repeated four hours later.

Gastric ulcers are common in intensively managed and stabled horses, particularly high-performance horses such as racehorses, eventers, dressage horses and showjumpers. The ulcers arise because of increased acidity in the stomach between feeds. The signs of gastric ulcers are often quite subtle and include poor appetite, poor performance, weight loss and changes in temperament. In addition to management changes which include facilitating continuous access to food, administration of GASTROFEN is helpful. GASTROFEN contains calcium carbonate and magnesium hydroxide which is beneficial by helping to reduce the acidity of the stomach contents. The slippery elm in GASTROFEN soothes the lining of the stomach and helps to protect inflamed areas from further acid attacks. GASTROFEN contains prebiotics and probiotics that promote healthy good bacteria in the intestines (which improves the efficiency of digestion) and promote good intestinal immunity. GASTROFEN contains threonine, which is required in large amounts to synthesis the mucous lining the intestines, which protects them from damage from toxins.

GASTROFEN is a paste formulation and should be fed twice daily to horses at risk of developing gastric ulcers. 40mls should be administered morning and evening, prior to feeding.